Anellini (little hoops) belong to the minute pasta family to be cooked in broth.

Inspired by little hoop earrings, they belong to culinary tradition of Apulia and Sicily and are suited to fun recipes to appeal to children's imagination.

They are especially good for preparing clear soups such as broths or consommé, enhanced with croutons or vegetables cut in julienne strips. This pasta can be used in thick creamy or velvety soups. 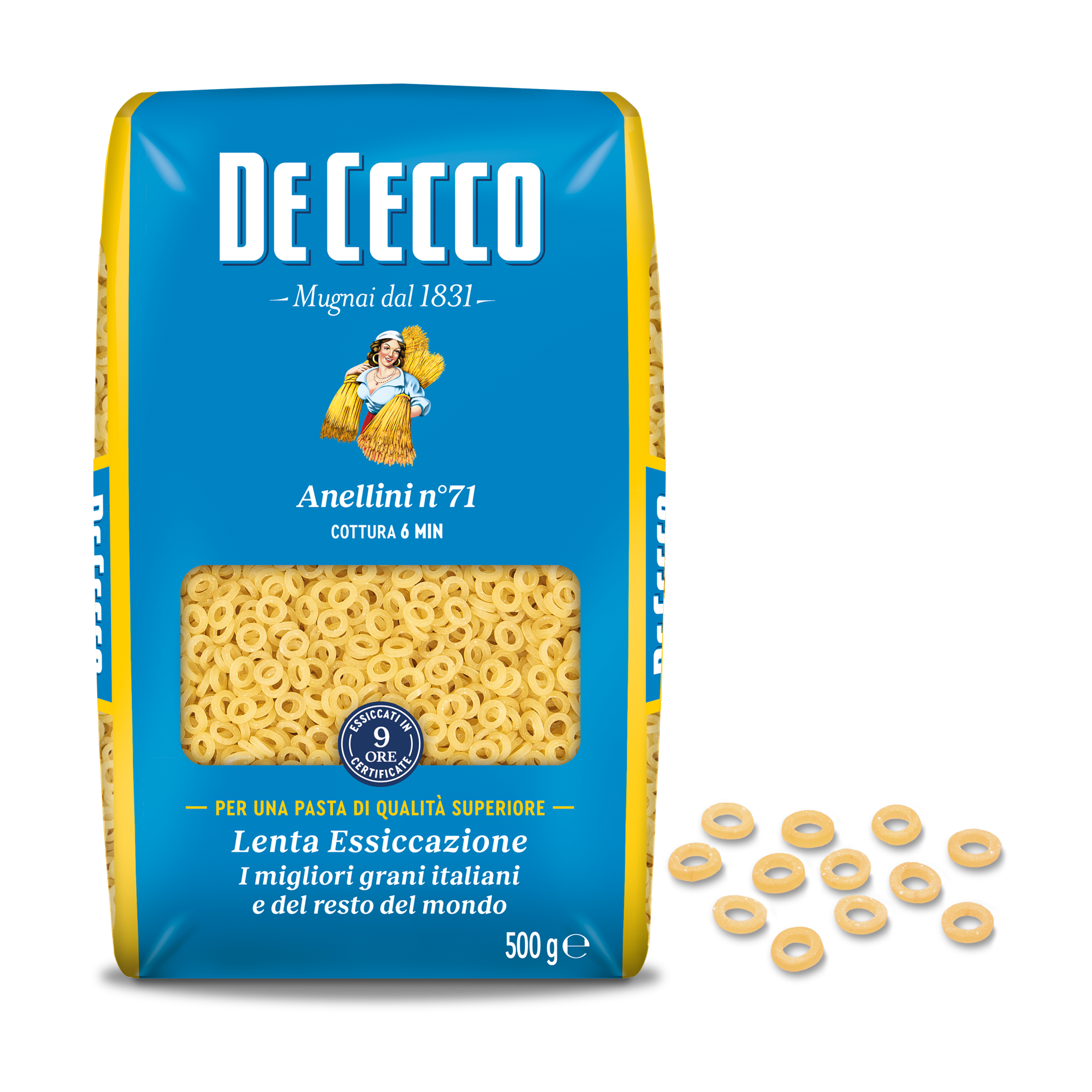