The Mezzanelli pasta shape, which also goes by the name of Regine, is a long pasta shape that is mainly used in southern Italy.

Its size is somewhere between Bucatini grandi and Mezza Zita. 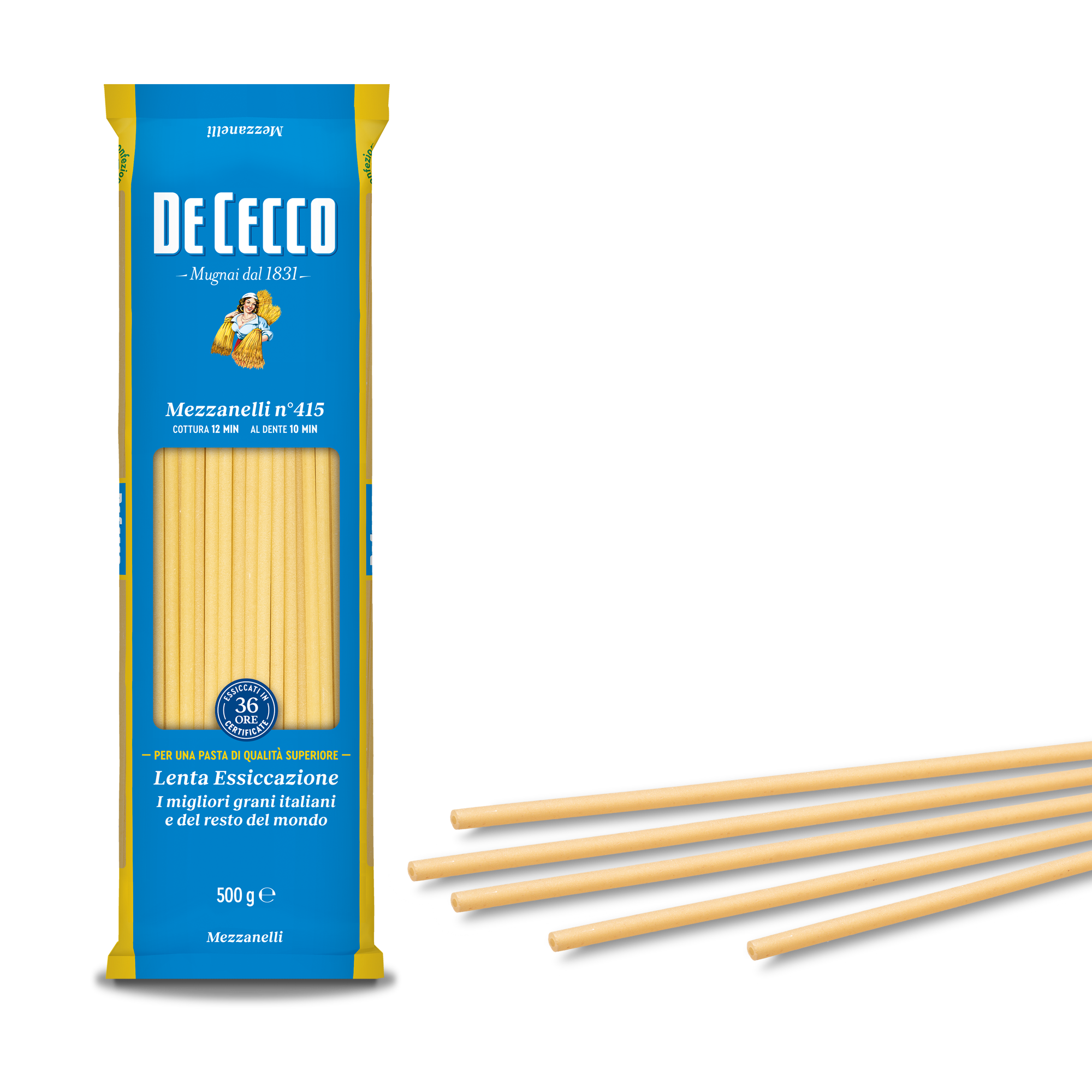 Lasagna Larga Doppia is a special type of lasagna that is very wide with a wavy edge on both sides. It is said to be originally from southern Italy in general and from the Campania region in particular. When cooked, a slight difference in consistency in the smooth and the wavy part is a distinctive feature of this type of pasta, just as it is for all those with wavy edges The wavy part is also perfect for retaining more sauce. Lasagna is one of the oldest forms of pasta recorded. It probably corresponds to the Latin "Lagana" (which in turn was derived from the Greek "laganon": large, flat sheet of pasta cut into strips) and it began to be known as "Lasagna" probably after the year 1000 AD. The first traces of the widespread use of the term "Lasagna" can be found in the works of the most renowned 12th century Italian poets. "Granel di pepe vince / per virtù la lasagna", (a peppercorn beats lasagna for virtue) states Jacopone da Todi. Cecco Angiolieri,on the other hand, warns his readers, "chi de l'altrui farina fa lasagne / il su' castello non ha ne muro ne fosso" (He who makes lasagna with another's flour / his castle will have no walls or moat). This type of pasta is recommended with Neapolitan ragù, as well as with ricotta, meat and game sauces. The recommended method to prepare Lasagna is to showcase it in oven-baked dishes (pasticci al forno) with sauces and béchamel, which are so well-loved in Italy that they are called after the pasta itself. Available in 500g packs.
Find out more 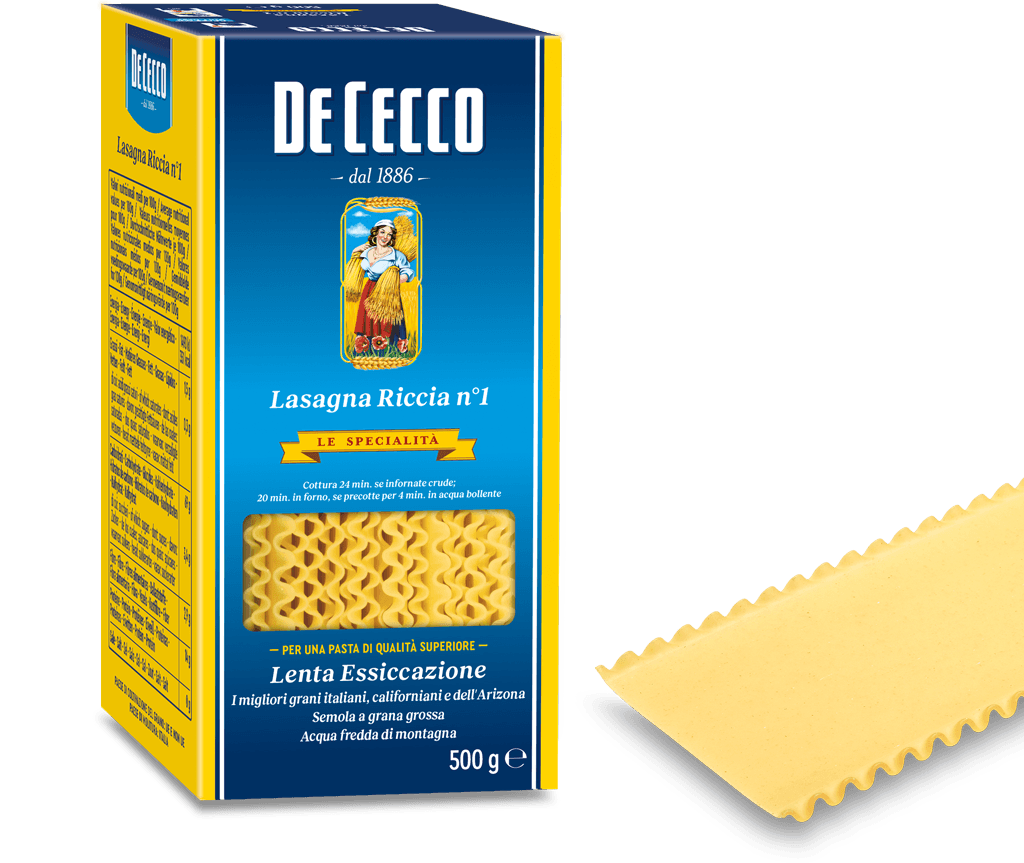