Spaghettini are a smaller, delicious variation of the classic Spaghetti and this type of pasta comes from the south of Italy, from Naples in particular. Hot or cold sauces based on fresh tomatoes, vegetables or aromatic herbs are the best way to enjoy this type of pasta. It is also very good with sauces that are quick to prepare with extra virgin olive oil and a dash of garlic, red pepper and anchovies. Spaghettini are also excellent served with shellfish and seafood sauces. Available in 500g and 3 Kg packs.
Discover the recipes Buy on-line 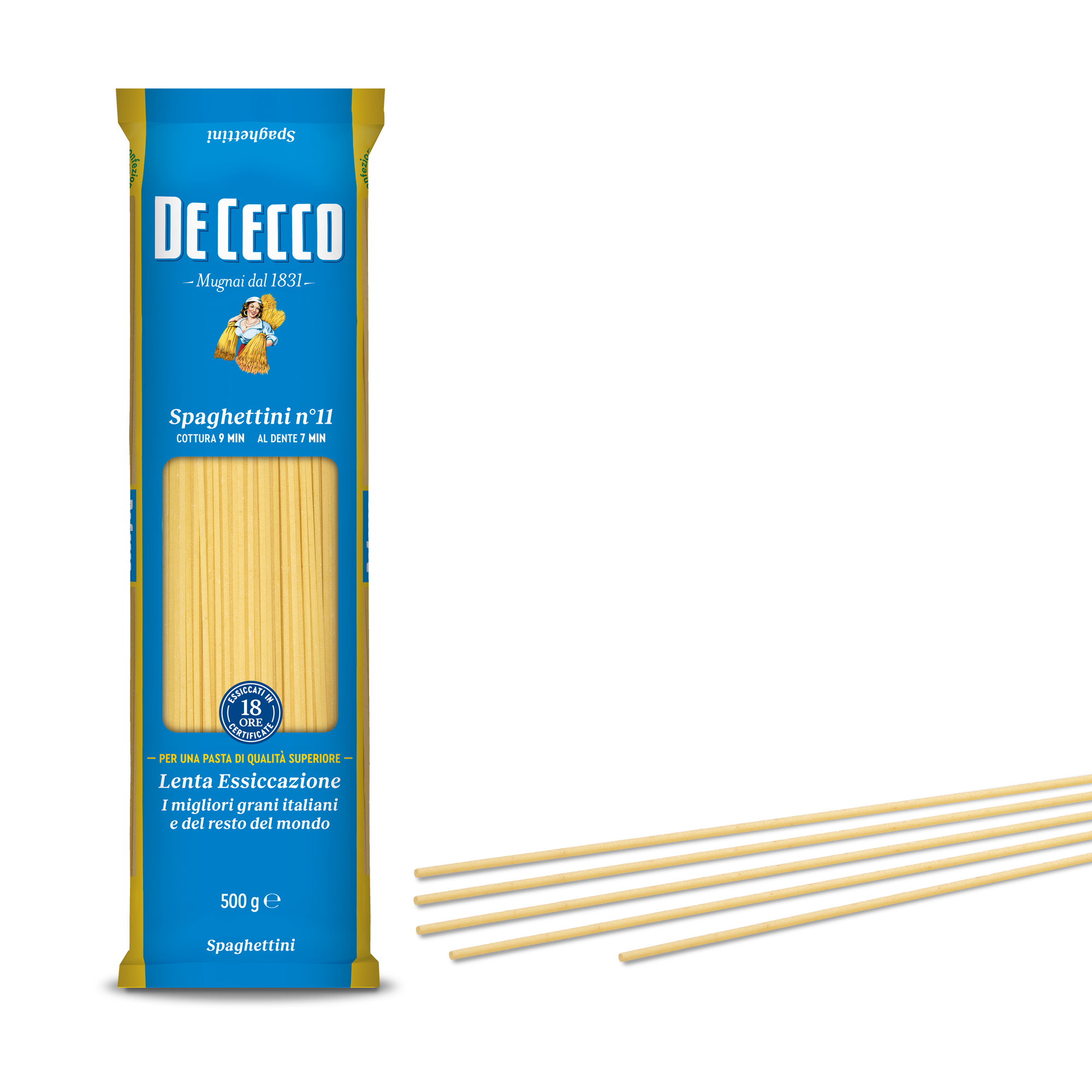 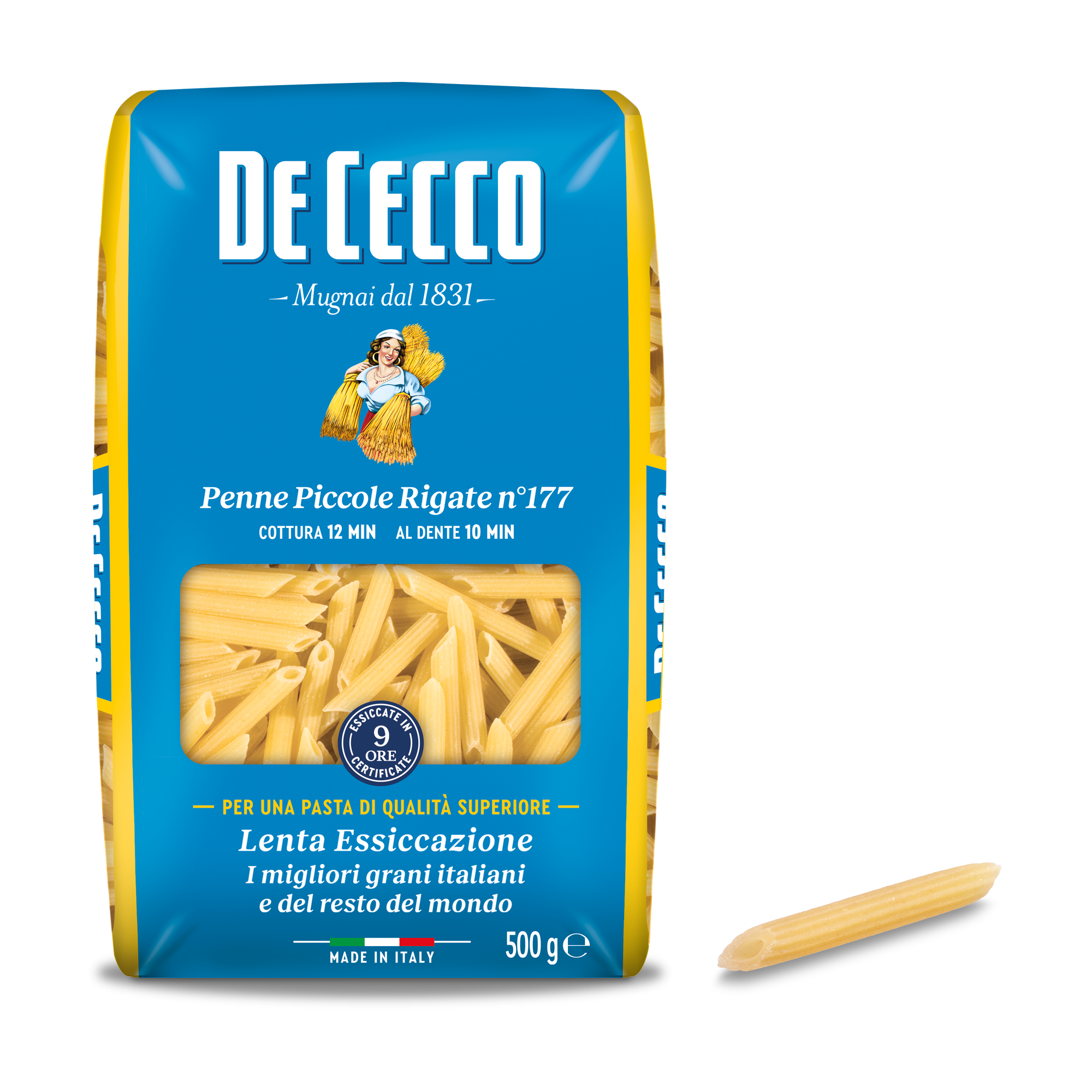