Ditalini Rigati (small ridged thimbles) are a smaller variation of the classic Ditali Rigati and are part of the minute pasta family from the Campania region.

The shape of this pasta is inspired by the sewing thimble, but is open at the top as well. Ditalini Rigati are mainly used for preparing vegetable soups with light, tasty broths and enhanced with croutons or vegetables cut into julienne strips. 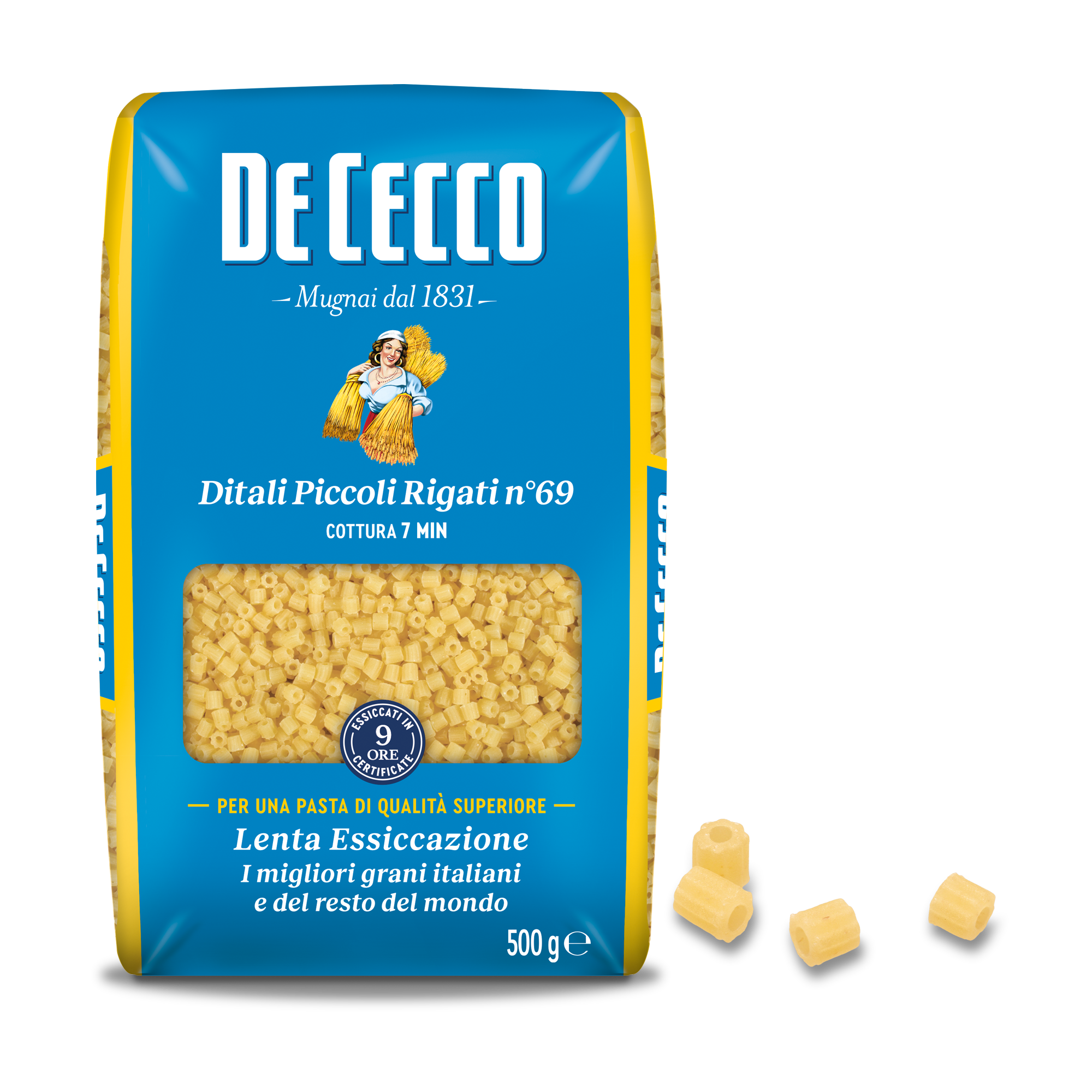 Mezze Penne Rigate belong to the family of Penne, but differ as they are slightly shorter. In Italian, the term "Penne" refers to the goose feather which was used historically to write with and was cut on a diagonal to achieve a really thin tip. The shape, obtained from a pasta tube, can be smooth or ridged, of varying length and has the typical diagonal cut of a quill. Penne are one of the few types of pasta for which there is an exact date when it was created. Indeed, in 1865, a pasta-maker from San Martino d'Albaro (Genoa), Giovanni Battista Capurro, requested and obtained a patent for a diagonal cutting machine. The patent was important because it meant the fresh pasta could be cut like a quill without crushing it and in different lengths from 3 to 5 centimetres (mezze "half" penne or penne). The document preserved in the Central Archive of the State of Rome reads: "Up until now, a diagonal cut could only be made by hand with a pair of scissors which, in addition to being slow and time-consuming, also resulted in an irregular cut which flattened the pasta". The smaller-sized Mezze Penne Rigate are perfect for stirring up together with creamy sauces, both red ones made with tomatoes or white ones made with cheese, or with classic vegetable soups to be eaten with a spoon. Available in 500g and 3 Kg packs.
Find out more 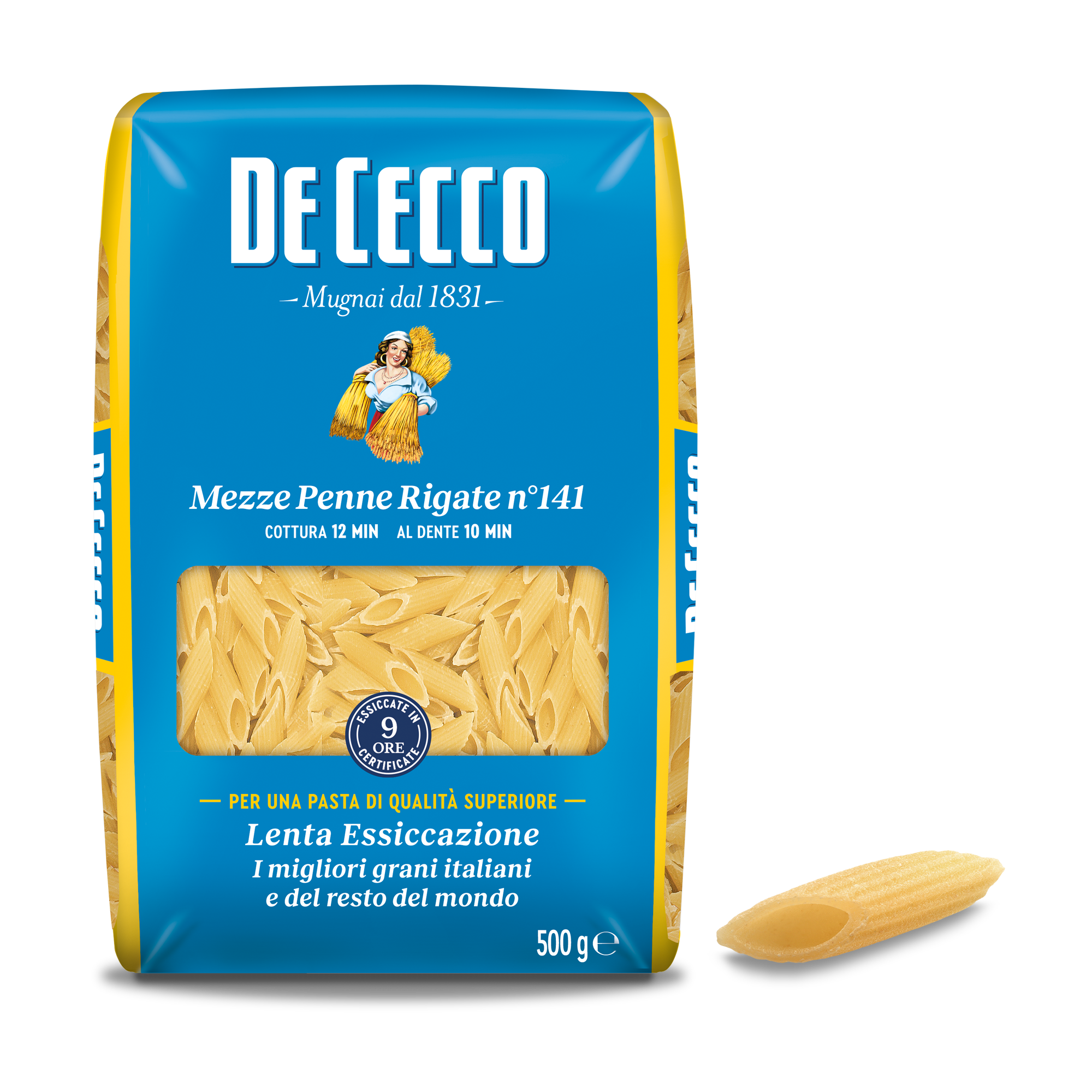