Traditional Orecchiette, also known as "strascinati" have a shape that is typical of Apulia cooking, resembling the hats that farmers wore to protect themselves from the hot sun.

This larger version is great served with hearty ragùs, sauces made with vegetables and mushrooms, and is unbeatable with ricotta and sheep's cheese. 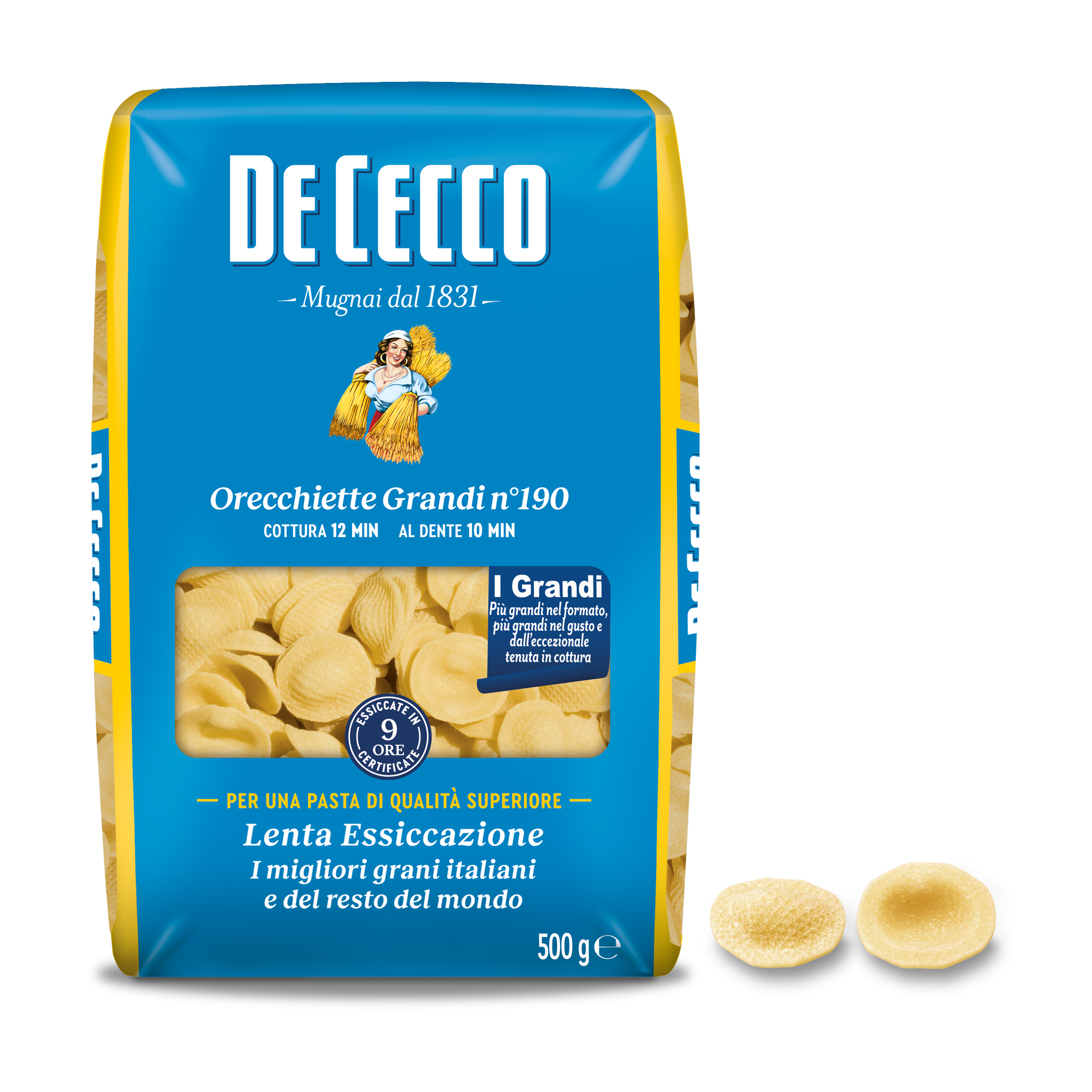