In the 19th century, hair curlers were called "diavolini" (little devils) because they were curved. This may well be the origin of the name of this particular shape of pasta which belongs to the minute pasta family for cooking in broth.

Diavolini were undoubtedly invented to stimulate the imagination of children who commonly eat this pasta in vegetable soups. It is also ideal for preparing clear vegetable soups, such as broth or consommé, with the addition of croutons or vegetables cut into julienne strips. 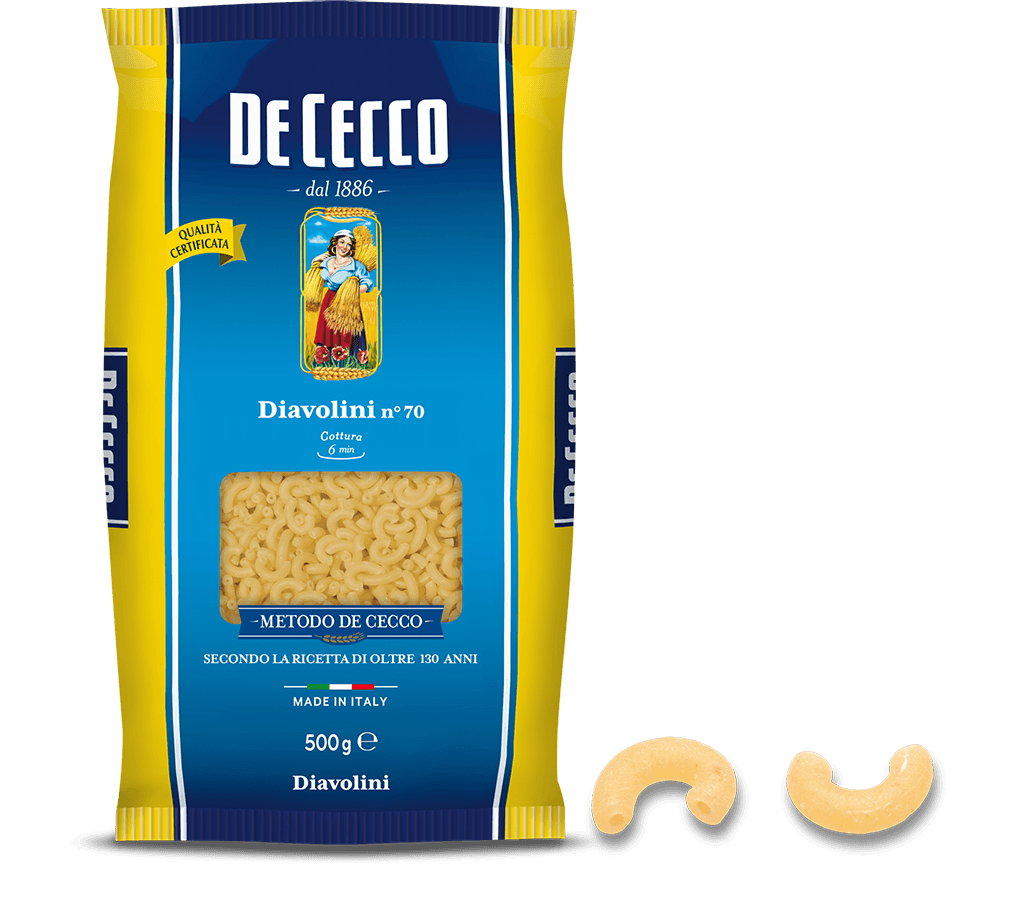 Pappardelle are consumed all over Italy and are part of the long, flat pasta family.

They are excellent when prepared with sauces made from wild meat and game.

They are also recommended for recipes with tomato sauce and cheese, as well as with creamy sauces, which spread well over the entire surface of the pasta. 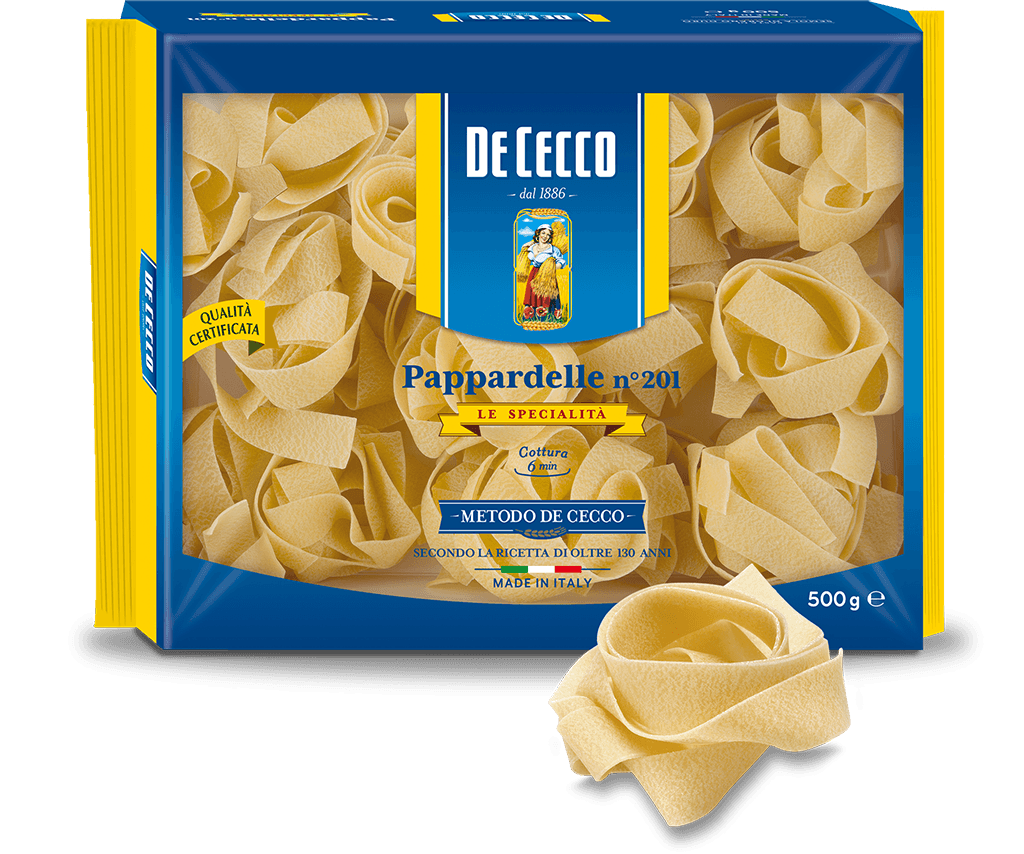