From the beginning of the twentieth century, many forms of pasta have been inspired by mechanics and the automotive industry, such as Radiatori (radiators) or Rotelle (cogs).

Lancette (clock hands) are also part of this tradition and have an original shape like tiny bow ties with pointed tips.

Lancette are especially popular with children because of their original, whimsical shape. They are excellent for preparing clear soups such as broths or consommé with croutons or vegetables cut into julienne strips. This pasta can also be used in thick creamy or velvety soups. 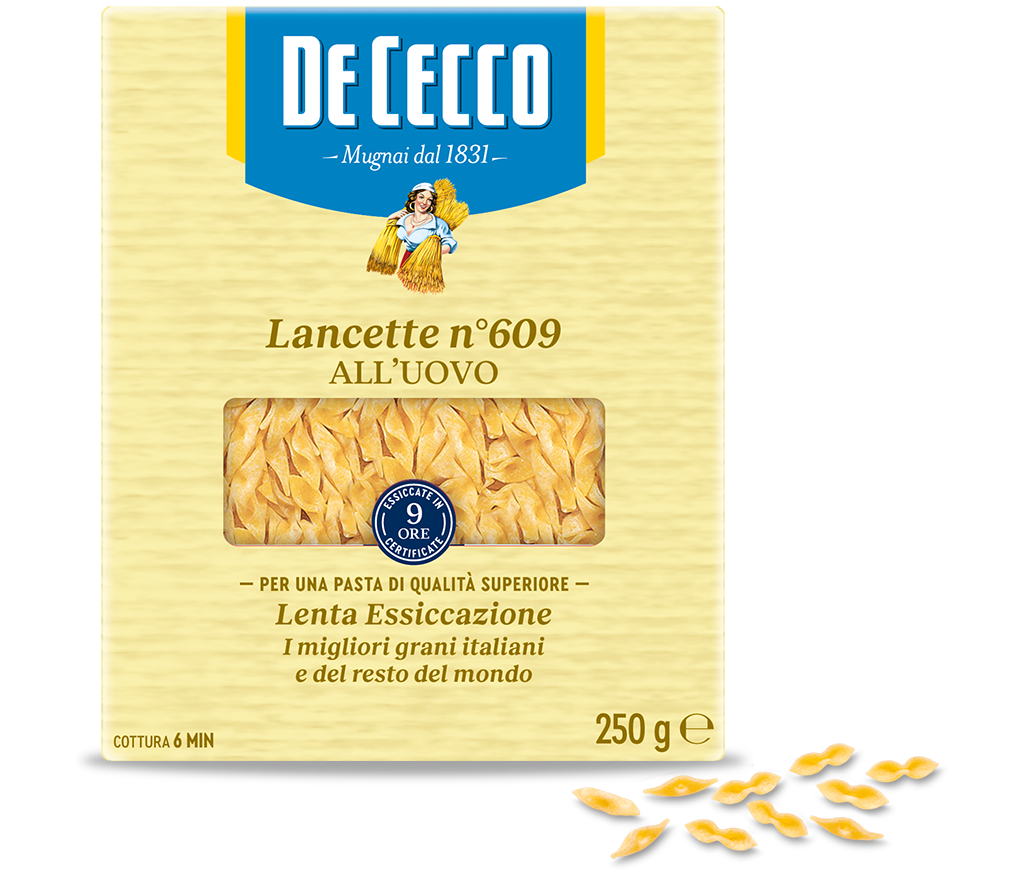