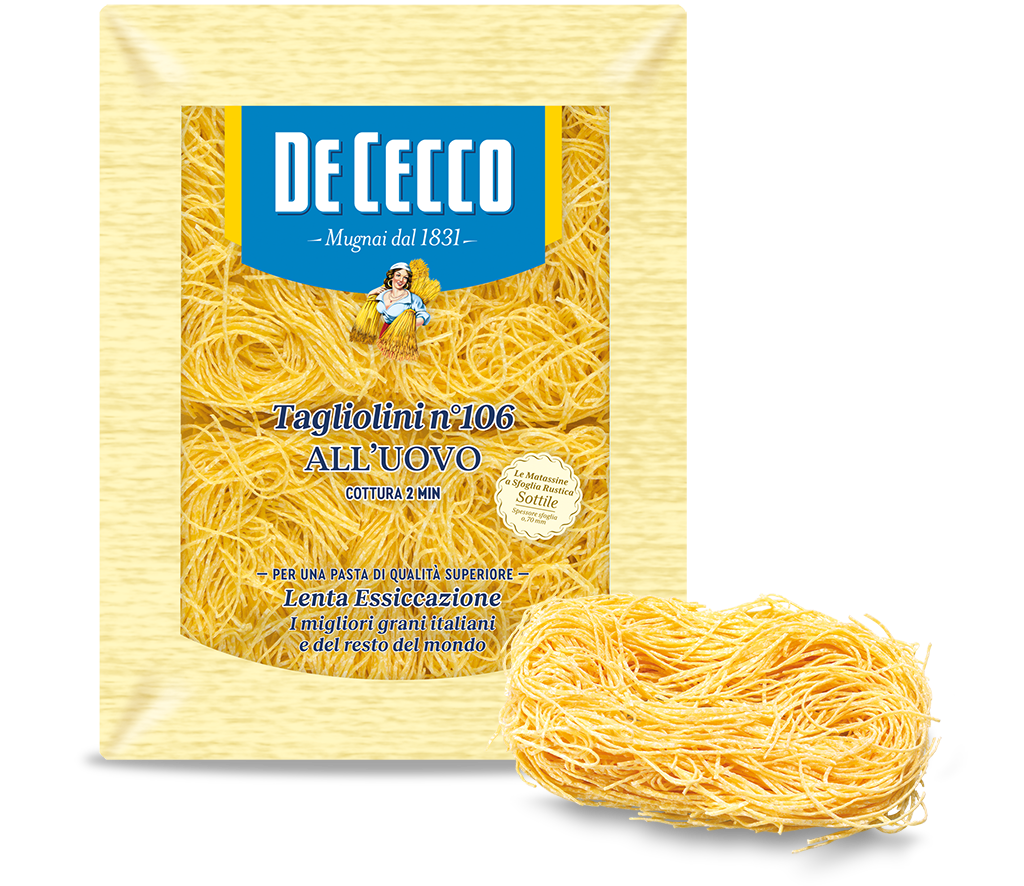 Taglierini are originally from northern Italy - Emilia Romagna, Liguria, Tuscany and Lombardy - but above all from Piedmont and the Langhe hills around Alba whose culinary tradition has handed down the recipe of the "tajarin", old-fashioned handmade taglierini. According to rural tradition, this type of pasta was created from the leftovers of filled pasta. An extract taken from the recipe book "Science in the Kitchen and the Art of Eating" by Pellegrino Artusi, printed for the first time in 1891 in Florence, testifies to the origins of Taglierini from "poor" country cooking: ".first of all a capon was used to make a good broth. Broth is an essential component in Tuscan cooking in which, if the cook in question was experienced enough, would have put tortellini or cappelletti or whatever they are called, otherwise he would have had to make do with the more humble taglierini." The history of taglierini is not just exclusive to Italy. As a matter of fact, in Japan they eat extra-long taglierini at New Year where the length symbolises a long and happy life. There is a Korean tradition in December which is also linked to popular customs. The people living in the north of the country eat buckwheat taglierini called naengmyeon to drive away evil spirits. Taglierini are a very versatile type of pasta and there are a variety of recipes and condiments that go very well with it. They are excellent in broth for a light, nutritious first course. For those who prefer more marked flavours, you can try different tasty, strong sauces like those made with game or offal. For those who like the taste of the sea, Taglierini are also perfect for making delicious first courses based on fish and shellfish. They are especially good with just butter and truffles. Available in 500g pack.s
Find out more 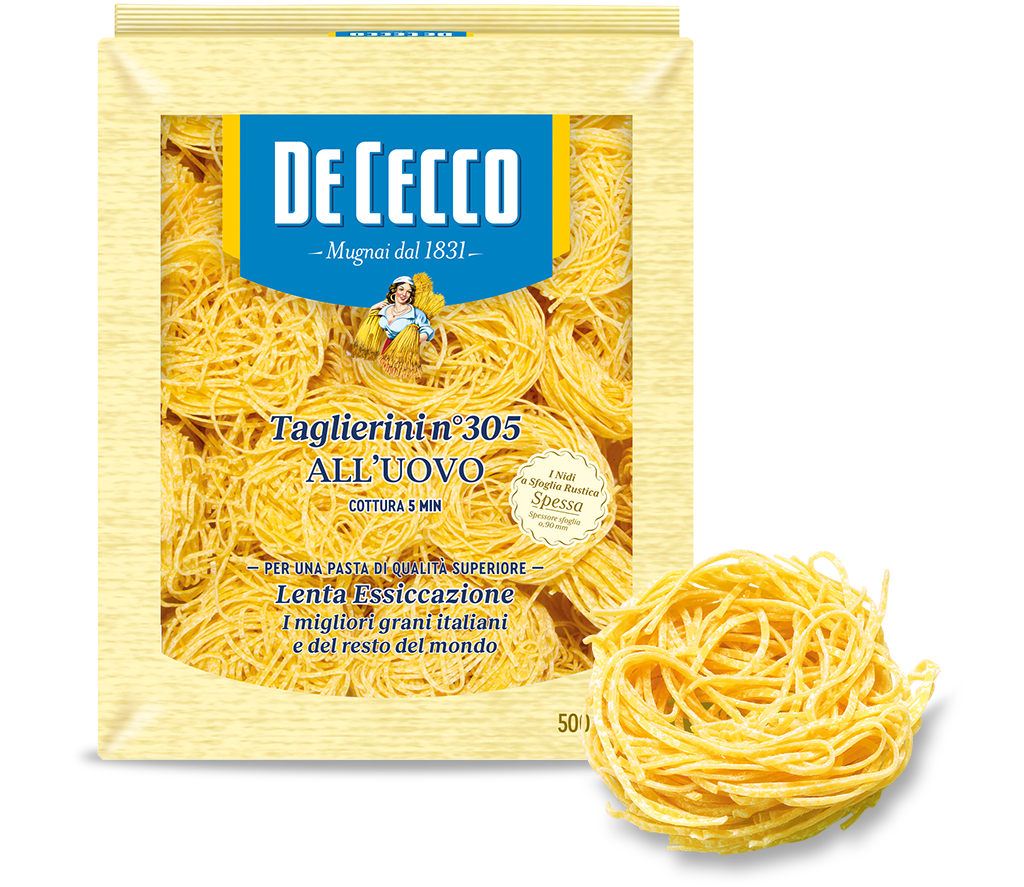