Casareccia is originally from Sicily, but is also characteristic of other southern Italian regions.

Mezze Penne Lisce belong to the family of Penne, but differ as they are slightly shorter.

The smaller-sized Mezze Penne Lisce are perfect for stirring up together with creamy sauces, both red ones made with tomatoes or white ones made with cheese, or with classic vegetable soups to be eaten with a spoon. 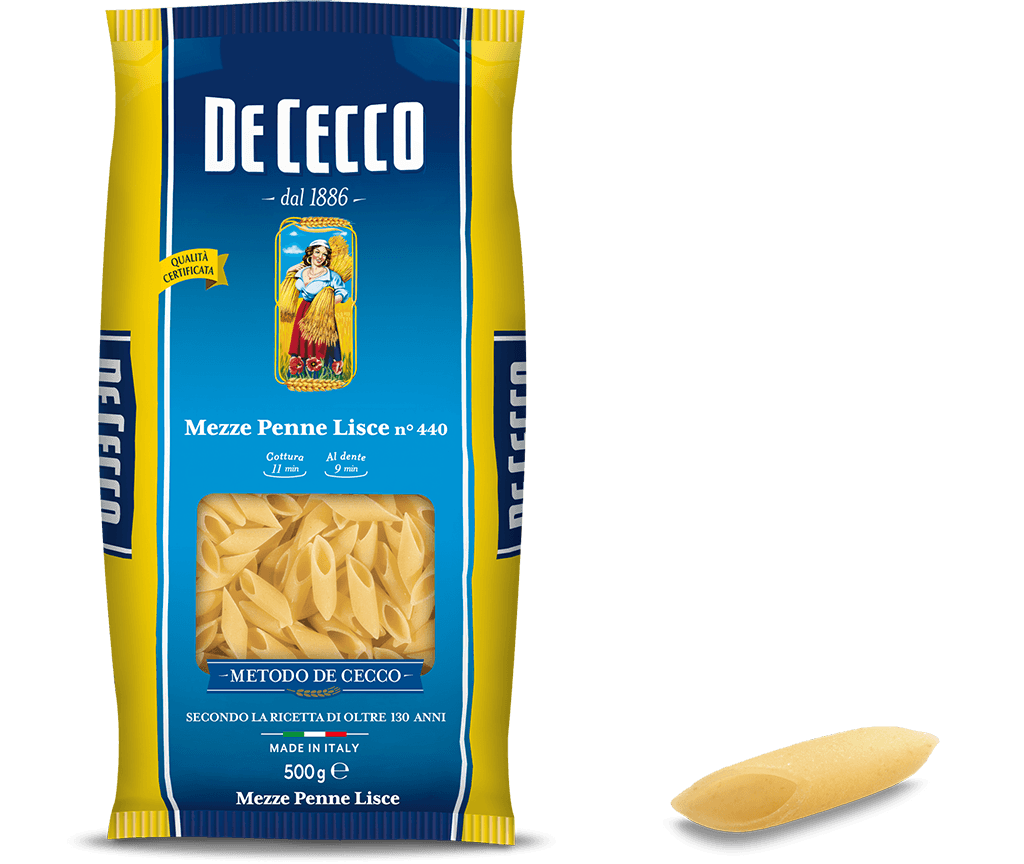