From the beginning of the twentieth century, many forms of pasta have been inspired by mechanics and the automotive industry, such as Radiatori (radiators) or Lancette (clock hands). Rotelle (cog wheels) are also a result of this tradition and have a round shape with spokes joined to a ridged rim. Enjoy them served with tomato sauce with or without meat, or alternatively this pasta is perfect in broth and minestrone soups. Try them when preparing delicious, colourful pasta salads. Available in 1 lb.
Discover the recipes 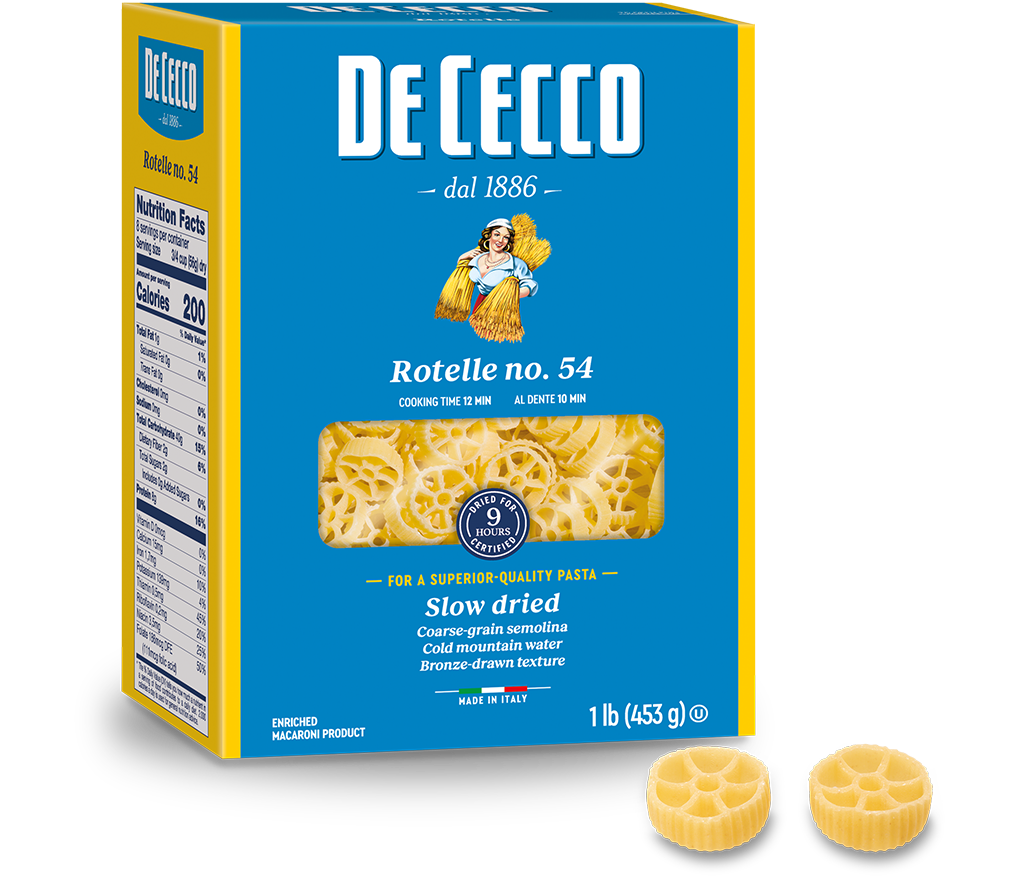 Historically, official mention of the term "spaghetto" can be traced back to the first dictionary of the Italian language by Nicolò Tommaseo and Bernardo Bellini (1819). The word "spaghetto" was included as the "masculine singular diminutive of spago (thread)" and mention is made of "Minestra di Spaghetti" (spaghetti soup) which is pasta the size of a long, thin thread such as sopracapellini". An interesting fact: in 1957, the BBC aired the first documentary on the production of spaghetti and the day after, the television studios were inundated by phone calls from viewers asking for the name of the producers and distributors of spaghetti so they could buy some. Spaghetti is so versatile that it can be served with any condiment, from fish to meat, from vegetables to cheese, but is also excellent served just with extra virgin olive oil and a sprinkling of parmesan. Available in 16.0 oz and 5 lb pack.
Find out more 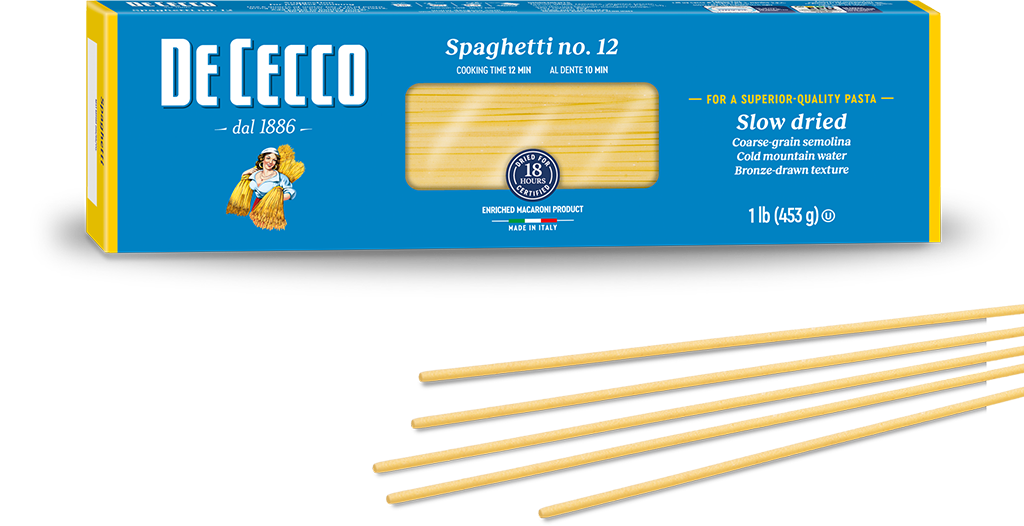