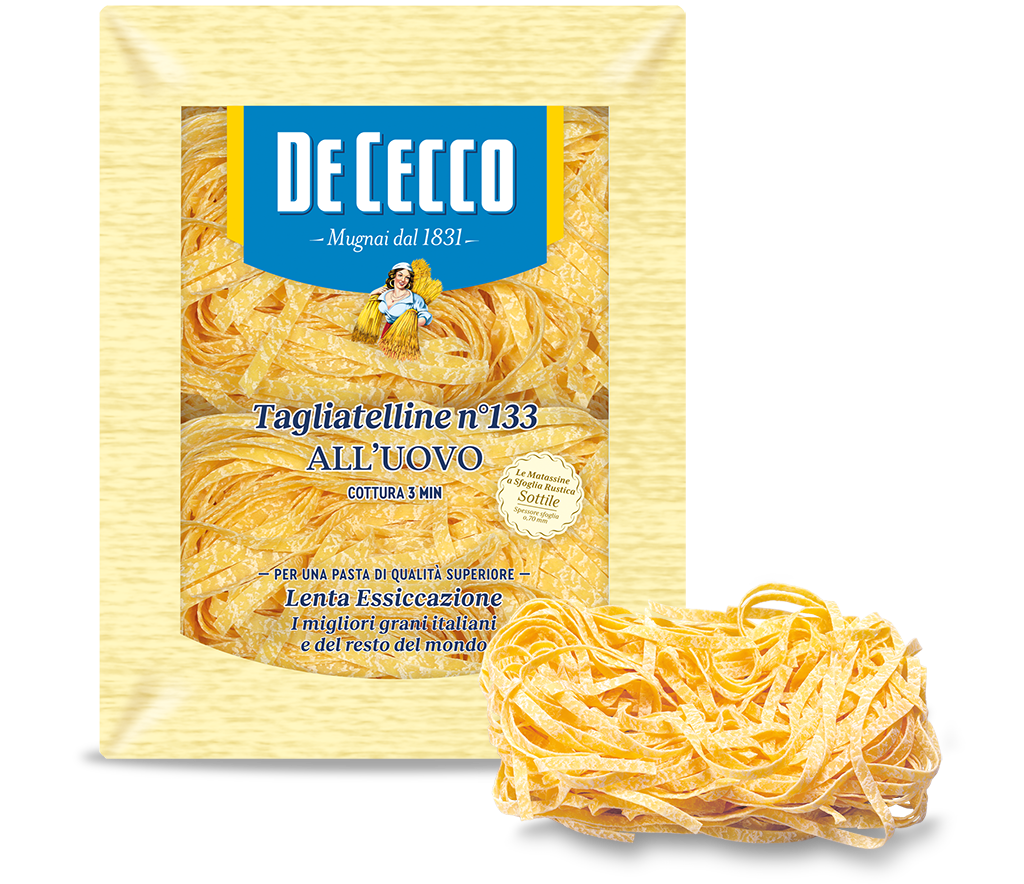 Pappardelle are consumed all over Italy and are part of the long, flat pasta family. They are excellent when prepared with sauces made from wild meat and game. They are also recommended for recipes with tomato sauce and cheese, as well as with creamy sauces, which spread well over the entire surface of the pasta. Available in 500g pack.s
Find out more 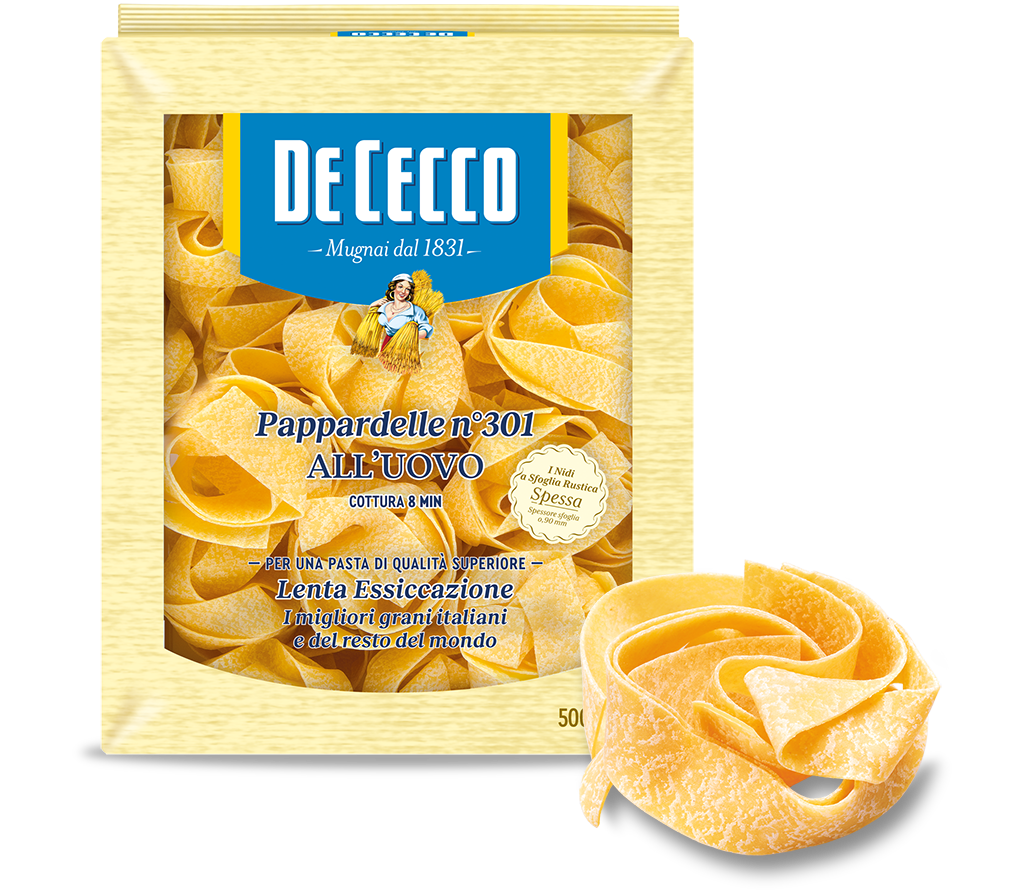