The origin of Fedelini can be traced back to parts of Liguria and the province of Savona at the beginning of the 14th century with the start of the production of macharoni and tria, also called fidej. They are extremely thin which is how they can still be distinguished from spaghetti. Simple condiments are recommended for this type of pasta. It is excellent combined with butter dressings, such as uncooked butter and cheese, or melted butter with sage and cheese. Egg or fresh raw tomato based sauces are also excellent. Another way to enjoy Fedelini is in a light, chicken broth. In addition to broths and pasta dishes with sauces, this pasta is also used to prepare oven-baked dishes in the Naples region. Available in 500g pack.s
Discover the recipes Buy on-line 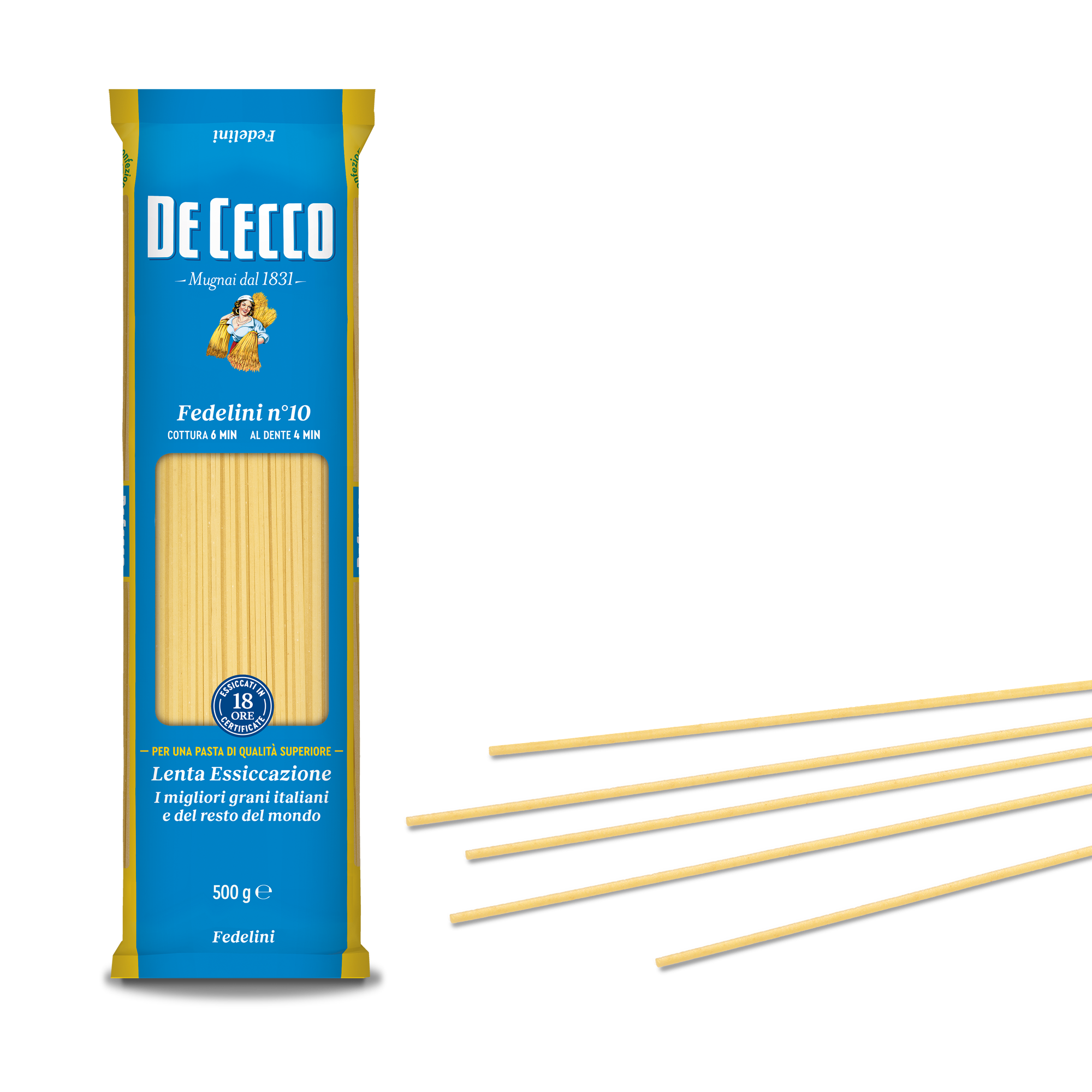 Spaccatella originally comes from Sicily and is part of the whimsical, dried pasta family. The distinctive curved shape, with a hollowed split in the centre makes this pasta especially versatile, but also original. It is perfect for traditional, dense sauces. Spaccatella is excellent for preparing pasta dishes served with light sauces made from tomatoes, but also goes really well with meat ragù. Unbeatable with Sicilian pesto made from ricotta and dried tomatoes. Available in 500g pack.s
Find out more 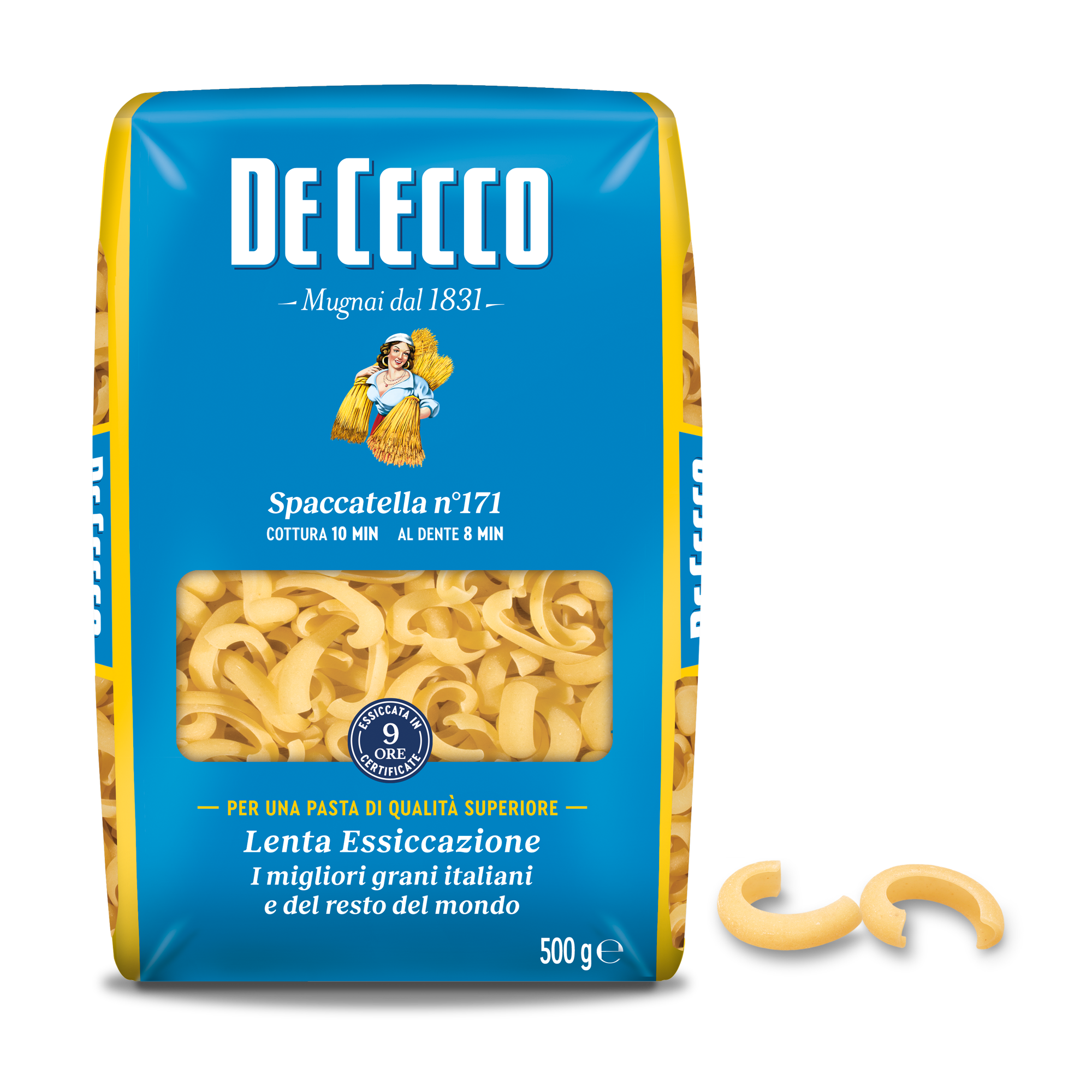