Pennoni Lisci are a bigger version of the classic Penne Lisce and thanks to their size, can hold a lot of sauce. The lack of ridges is compensated for by a surprising softness which makes it exceptionally delicate on the palate. It is a delicate and sophisticated pasta which brings out the best in aromas, flavours and fragrance. In Italian, the term "Penne" refers to the goose feather which was used historically to write with and was cut on a diagonal to achieve a really thin tip. The shape, obtained from a pasta tube, can be smooth or ridged, of varying length and has the typical diagonal cut of a quill. Penne are one of the few types of pasta for which there is an exact date when it was created. Indeed, in 1865, a pasta-maker from San Martino d'Albaro (Genoa), Giovanni Battista Capurro, requested and obtained a patent for a diagonal cutting machine. The patent was important because it meant the fresh pasta could be cut like a quill without crushing it and in different lengths from 3 to 5 centimetres (mezze "half" penne or penne). The document preserved in the Central Archive of the State of Rome reads: "Up until now, a diagonal cut could only be made by hand with a pair of scissors which, in addition to being slow and time-consuming, also resulted in an irregular cut which flattened the pasta". Pennoni Lisci are excellent for preparing pasta served with Neapolitan meat ragù, ragù alla genovese, meat and vegetable gravy or delicious oven-baked pasta dishes. Available in 16.0 oz pack.
Discover the recipes 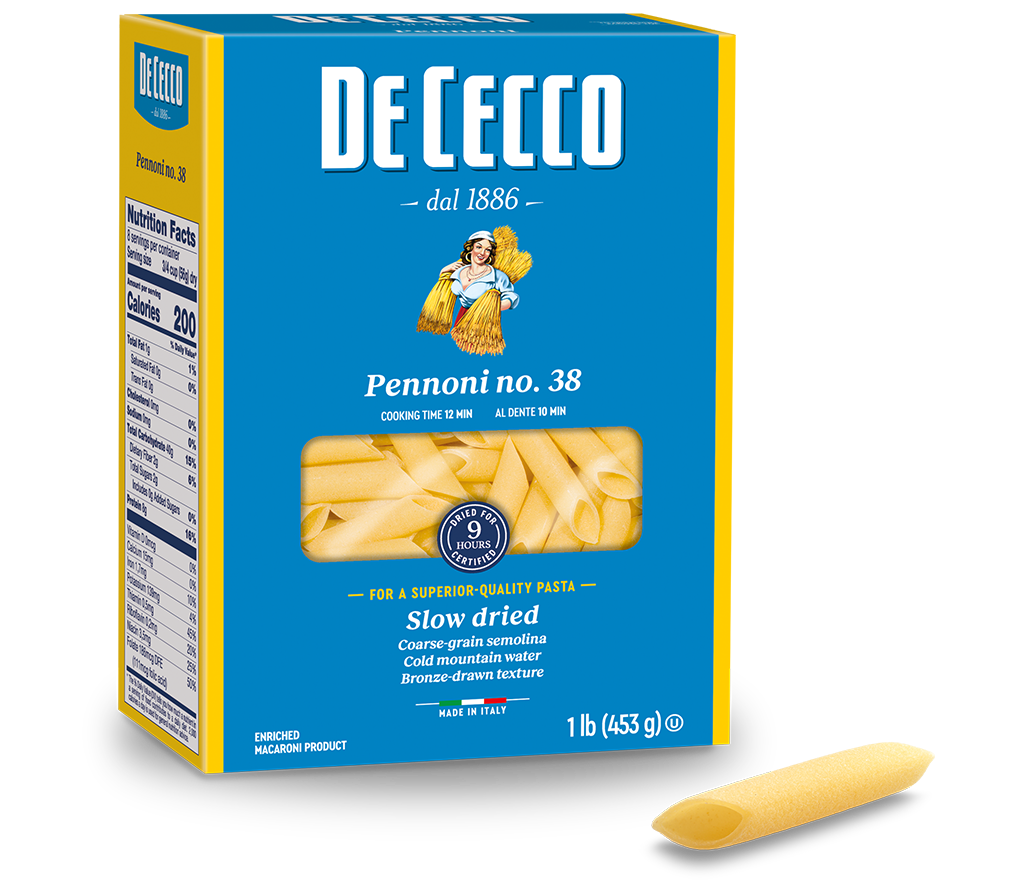 Farfalline (little butterflies), originally from northern Italy, are rectangular with a scalloped edge, pinched together in the centre. The tiny, whimsical shape means they appeal to children in particular who associate them with the animal kingdom. Thanks to the notched edge and the tiny curved wings, Farfalline are a perfect shape for hearty soups with croutons or vegetables cut into julienne strips. This pasta can be used in thick creamy or velvety soups. Available in 16.0 oz pack.
Find out more 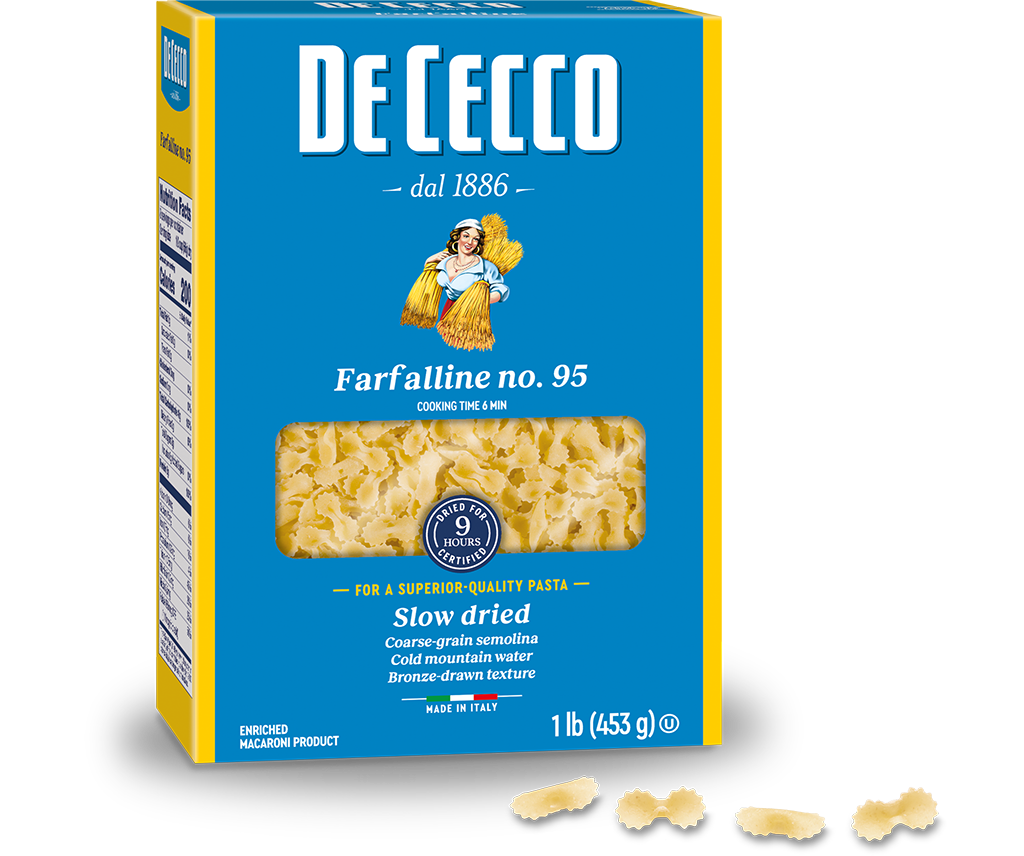