Penne Rigate are part of the short, diagonal cut, ridged pasta family and are one of the most well-known type of pasta, as well as being the most versatile in the kitchen. In Italian, the term "Penne" refers to the goose feather which was used historically to write with and was cut on a diagonal to achieve a really thin tip. The shape, obtained from a pasta tube, can be smooth or ridged, of varying length and has the typical diagonal cut of a quill. Penne are one of the few types of pasta for which there is an exact date when it was created. Indeed, in 1865, a pasta-maker from San Martino d'Albaro (Genoa), Giovanni Battista Capurro, requested and obtained a patent for a diagonal cutting machine. The patent was important because it meant the fresh pasta could be cut like a quill without crushing it and in different lengths from 3 to 5 centimetres (mezze "half" penne or penne). The document preserved in the Central Archive of the State of Rome reads: "Up until now, a diagonal cut could only be made by hand with a pair of scissors which, in addition to being slow and time-consuming, also resulted in an irregular cut which flattened the pasta". Penne Rigate are perfect for preparing oven-baked pasta or pasta dishes served with meat sauces made from pork or beef. This pasta is equally as good with vegetable based sauces and more in general, due to its versatility, for any recipe from the Mediterranean tradition, such as the classic condiment with tomato, basil, extra virgin olive oil and a sprinkling of parmesan. A classic combination is with Arrabbiata sauce. Available in 12.0 oz pack.
Discover the recipes 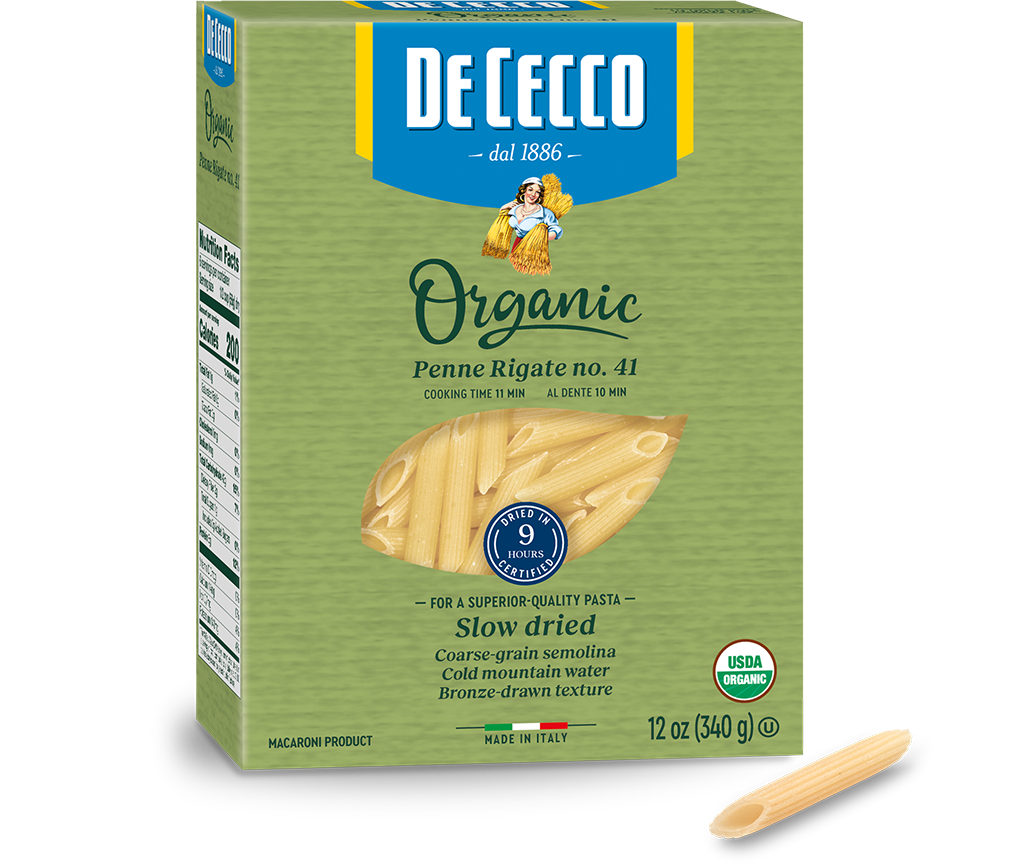 Fusilli come from Campania and belong to the short, straight cut family of pasta. In the past, Fusilli were made by hand according to a method that was passed down from one generation to the next. You had to rapidly twist a strand of spaghetti around a knitting needle with a skilled hand. The ability required to perform this procedure is reminiscent of that of spinners and as a matter of fact, the term "fusillo" comes from "fuso" (spindle) which was the tool used by spinners. This pasta is particularly good with meat and fish based sauces or with condiments made with ricotta. It is also perfect with vegetable sauces too that are prepared with a tomato sauce with peppers, aubergines, olives and capers. Available in 12.0 oz pack.
Find out more 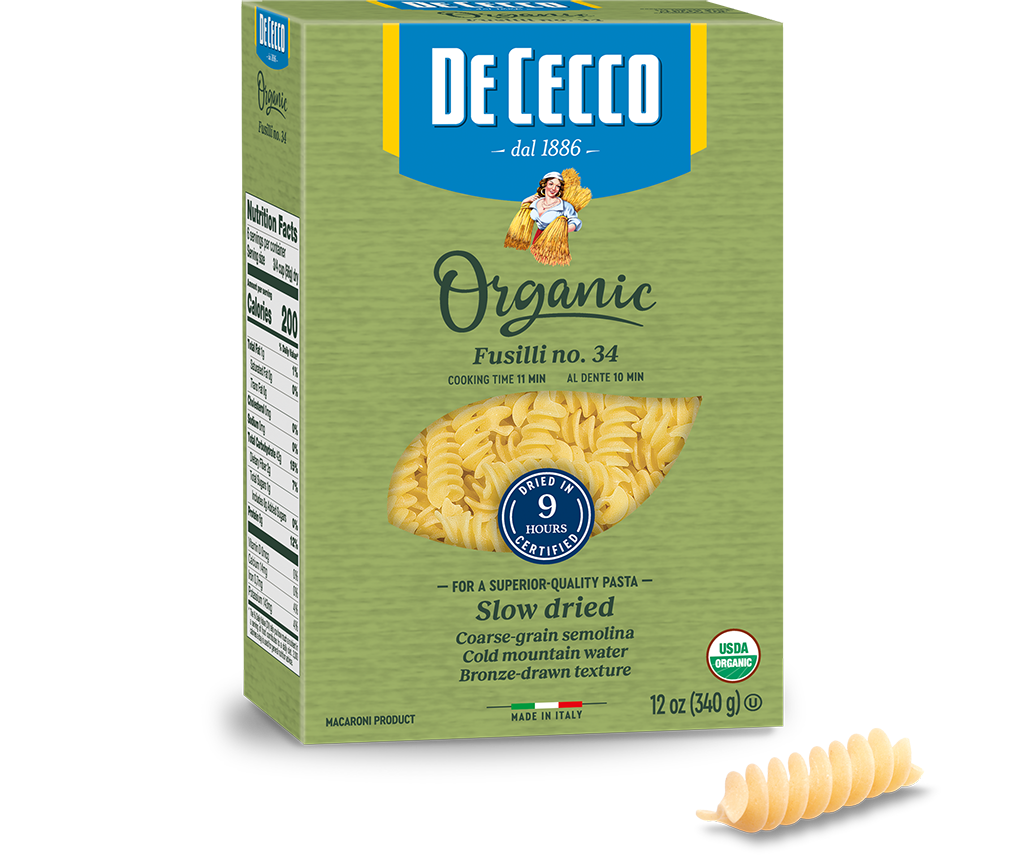