Pennette Rigate Bio Integrale belong to the family of Penne, but differ in diameter as they are slightly smaller.

Pennette Rigate Bio Integrale are excellent for preparing pasta dishes with meat ragù made from beef or pork. They also adapt perfectly to sauces made from vegetables such as aubergines, peppers, courgettes and artichokes or to more extravagant recipes with salmon or vodka. 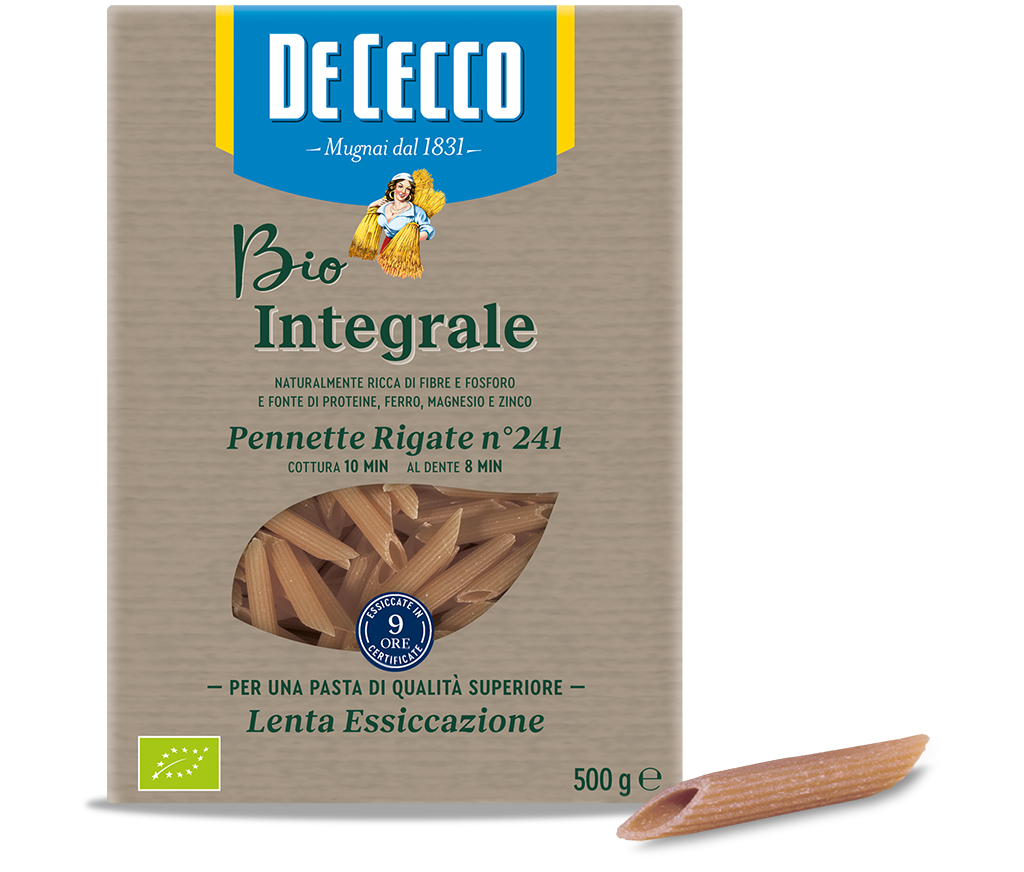