Historically, official mention of the term "spaghetto" can be traced back to the first dictionary of the Italian language by Nicolò Tommaseo and Bernardo Bellini (1819). The word "spaghetto" was included as the "masculine singular diminutive of spago (thread)" and mention is made of "Minestra di Spaghetti" (spaghetti soup) which is pasta the size of a long, thin thread such as sopracapellini". An interesting fact: in 1957, the BBC aired the first documentary on the production of spaghetti and the day after, the television studios were inundated by phone calls from viewers asking for the name of the producers and distributors of spaghetti so they could buy some. Spaghetti is so versatile that it can be served with any condiment, from fish to meat, from vegetables to cheese, but is also excellent served just with extra virgin olive oil and a sprinkling of parmesan.

Linguine are the most well-known type of long pasta from Liguria: they resemble a small, flat, narrow tagliatella-type pasta and were created to be eaten with traditional pesto. It is precisely the flattened section and slightly convex shape of this pasta that makes it perfect for trapping the sauce and bringing out all the different flavours. It is excellent just with butter and sage, or combined with fresh tomato based sauces, with vegetables and aromatic herbs, or quick, spicy sauces prepared with extra virgin olive oil, garlic, red pepper, anchovies and capers. It is also ideal with sauces made with shellfish and seafood and with "white" sauces prepared with cream, mascarpone, soft or melting cheeses with the addition of spices such as saffron, horseradish, curry and ginger. 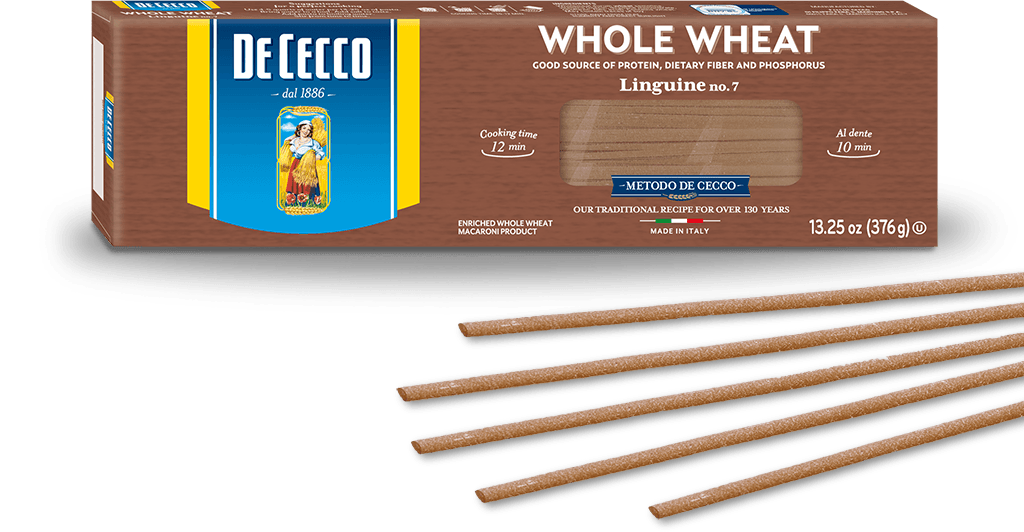